The brainchild of Cubanacan's master blender, Omar Gonzalez Aleman, Soneros is blended to pay tribute to "the flavors, aromas and blends of the past". The past, in this case, refers to Aleman's years in the Cuban tobacco industry, during which he rose to the position of general manager at the famed La Corona Cigar Factory.

Soneros utilizes tobacco that is said to be aged for a minimum of five years, and is offered in two variations—habano claro, and maduro. Both are wrapped over a binder from Ecuador, and fillers from Nicaragua. It was initially offered in four sizes— 5 3/4 petit sublime, 5 1/2 x 60 gran robusto, 5 1/2 x 60 campana (belicoso), and a 6 x 52 toro. The following year the company added a 5 5/8 x 46 corona gorda to the portfolio, available in both wrappers. 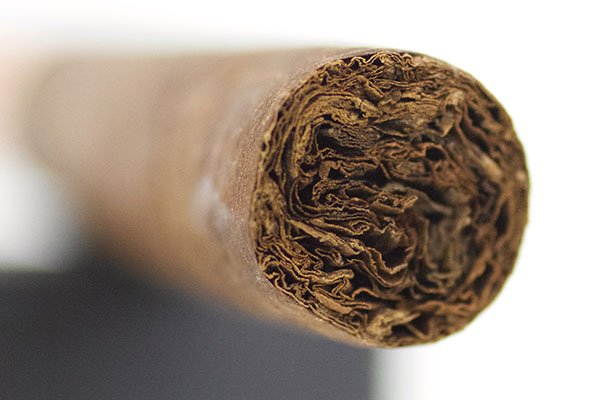 The wrapper color is on the lighter side compared to a lot of contemporary maduros. It's a light cocoa powder brown with a red wine hue, substantial tooth from top to bottom, and an oily sheen throughout. Smooth roll lines, and minimal veins – though there are a couple that stand out.

Aromatically it smells more or less how you'd expect — sweet earth notes, fruits and mild cocoa powder on the front, and hints of mild spice in back. While the foot is more reserved than expected, the dry draw is a bit more bold. Similar notes, but a bit more body and spice. 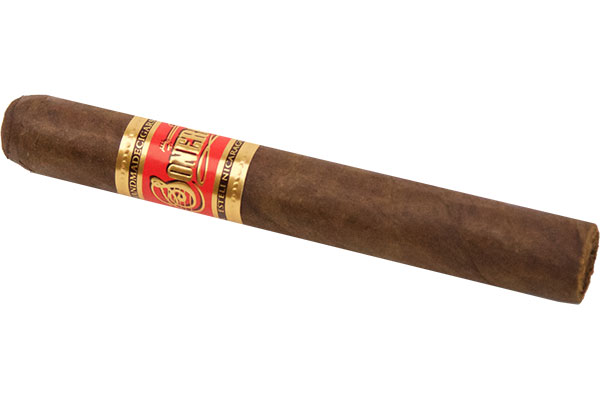 There's no drama involved to get the cigar burning. There's three terms needed to capture the bulk of the profile – cedar, leather and spice. They balance each other well, though the spice can be a bit sharp on the finish. Underneath the dominating flavors, I pick up a maple sweetness, grit, damp earth and fairly potent black pepper.

I have mixed feelings on the draw through the first third. It produces adequate smoke, and the pull is 'linear', but it's on the limit of what I would consider acceptable in terms of effort required.

Strength is around the medium + mark, flavor medium-full, and the body is right around full -.

The Soneros Maduro mellows in the second third, with much less outright aggression up front. Coming into the second, there are fleeting notes of bitter dark coffee, though they quickly gave way to sweet cedar and other wood notes. A bit further in the cigar loses most of grittiness, which seems to allow a sweet cocoa powder and orange citrus to emerge.

The draw has opened up, and is now much more on par with what I typically prefer. Through the second third, the Soneros sits comfortably somewhere between medium + and medium-full, and is more balanced all around.

I had some doubts in the first third about how this cigar would develop, but the Soneros has evolved nicely, and is arguably at its best in the final third. The introduction of some creaminess acts as an equalizer to the profile, and the word blend seems to actually mean something. The profile is largely just an evolution of earlier notes, the only new flavor I seem to be able to pinpoint is toast, complete with a buttery richness.

Strength, body and flavor are virtually identical in terms of intensity as earlier on, albeit the delivery is a bit more smooth.

Construction on every Soneros I've ever smoked, let alone looked at, has been excellent. Consistency is a strong point for Tabacalera Cubanacan, though for Soneros this translates to a first third that is consistently a bit tighter than I'd like.

Aside from that, things are essentially more or less as good as you can ask for. Burn lines were dead even on every sample, and the ash held strong for well over an inch. 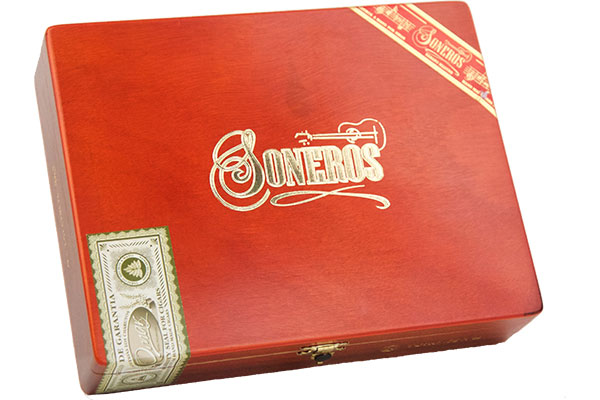 - From a retailers perspective, it puts my mind at ease when companies have their own factory and grow a large portion of their own tobacco. It ensures a certain level of consistency going down the line; barring a sudden explosion in popularity, things like production capacity, construction, and the sourcing of tobacco are largely non-issues when the company controls production from the bottom up.

Soneros, in both wrappers, strike me as cigars that will fall into the category of an 'old faithful' for a lot of smokers. It doesn't do anything particularly daring, but it wasn't meant to. There's enough going on to qualify as reasonably complex, but more importantly, the components work well together. Aside from a sometimes unruly first third, the blend only becomes more balanced as it progresses.

Ultimately, this is a very tasty cigar, and given the price-point, a great buy. I'm quite curious to see how Soneros smokes with age on it, though I'm happy to smoke it right out of the box.

You can give Soneros a whirl yourself! Get 'em here.