Production is being handled by the Fuente family, who handles the production of the company's Classic, Cabinet Selection, Aged Maduro and VSG lines. The blend utilizes an Ecuadorian habano wrapper, and Fuente-grown binders and fillers from the family's farms in both the Dominican Republic and Nicaragua—Chateau de la Fuente and Villas Gonzales in the DR, and Un Buen Vecino in Esteli, respectively.

The arrival of Ashton Symmetry comes after a number of difficulties endured over several years. The name was trademarked as far back as January 26, 2011, yet the cigar wasn't formally announced for another two years. There are likely two factors that influenced the delay:

A:) One of the Fuente's main warehouses caught fire, resulting in the loss of a large amount of tobacco and production delays to a number of projects.

B:) While there is no concrete evidence, it is rumored that Emmanuel Ferrero, former senior VP of Ashton Distributors, Inc., was heavily involved in the development of this cigar. Unfortunately, Ferrero tragically and unexpectedly passed away in March 2012 while dancing with his wife during the 2012 TAA convention in Los Cabos, Mexico, at the age of 63. 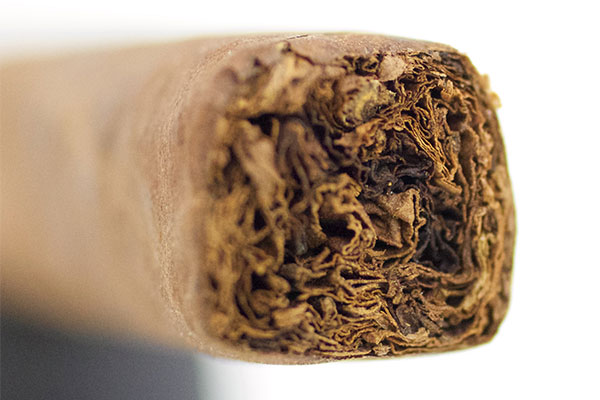 If nothing else, Symmetry does hold true to its name, at least visually. Short of a few small veins in the wrapper, the overall cigar is, in fact, quite symmetrical. The Ecuadorian Habano wrapper is a bolder shade of brown, similar to a rich milk chocolate in color, and is finely toothed from top to bottom. It's also fairly oily, which gives it a subtle sheen.

The aroma coming off the foot is both rich and bold, though not in anyway that comes across as aggressive on the nose. Damp oak and rich plum are the two dominant notes, with an assortment of barnyard undertones that I can't put my finger on as of yet. The dry-draw is much the same, though there is a distinguishable cedar note that wasn't picked up from the foot.

At the risk of sounding a bit sensationalist, it's fairly clear that Symmetry is blended to deliver a lot of flavor. Without fail, every Symmetry I smoke has the same flavor grabbing my attention from the first puff—sourdough toast— which is blended alongside a mixture of spiced cider, sweet oak, nutmeg and cedar. Through the finish, there's mild undertones of what I can really only describe as roasted leather.

The cigar sits at medium+ across the board. One of the more interesting dimensions to this blend is the display of several seemingly contradictory characteristics—the body is rich and creamy, while simultaneously layered with white pepper and crisp spice through the finish.

As Symmetry transitions into its second third, it develops a savory note that hits right in the back-center of the tongue—it's that sort musky/gamey flavor that seems to real only be picked up in well-aged tobacco. It compliments the rest of the profile well—I wouln't say the first third is missing anything, rather it adds an element that I wasn't even aware could have been missing.

Aside from that, there is a bit more 'sizzle' to the spice and white pepper elements. Put together, there's a nice contrast between smooth roasted and musky flavors and the more visceral notes.

Through the nose, it's mostly roasted leather and white pepper, with a pinch of cayenne pepper on the back end. 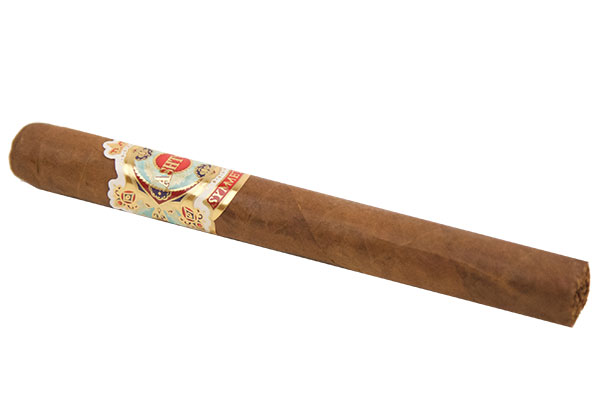 At this stage, Ashton's Symmetry sees a decrease in the sharper pepper and spicy notes, the emphasis having shifted much more on the side of roasted nuts, buttered toast and a creamy texture. Retrohaling is much the same, albeit with a slightly floral connotation to it, and pinch of nutmeg that pokes through.

Strength, body and flavor are all at the peak of medium+, but I'm still hesitant to say any of them fall under the category of medium-full. 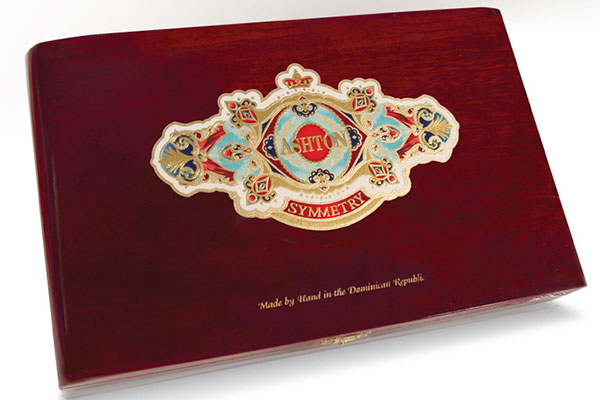 Is this cigar good, is it great? Yes—and given the company's track record I think most had little doubt that it would be.

Does it taste like just another uninspired rehash of an existing blend on the market? No, absolutely not–and that's the important thing. With the amount of struggle and effort that went into creating and bringing Ashton Symmetry to market, it would be a disservice to everyone involved if this cigar fell short of everything it should be. Fortunately, it doesn't.

If you'd like to give Ashton Symmetry a try for yourself, you can do so here. We have a promo on 5 packs as well.