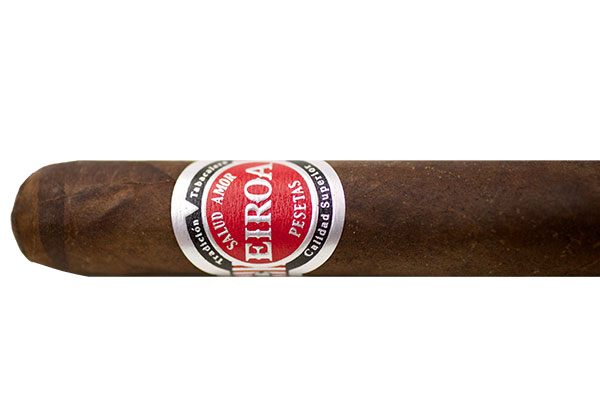 Just three short years after Christian Eiroa’s return to the cigar industry (following the sale of the Camacho brand to Oettinger Davidoff group in 2008) came to fruition with the formation of CLE Cigar Co., the company’s portfolio is stacked with some of the most in-demand brands on the market. Among those is the EIROA line, which is positioned as the ultra-premium offering from CLE.

The EIROA line was introduced in June 2013 alongside the opening of an all-new factory in Honduras, Aladino Cigar Factory. The release of the line marked the first time in Christian Eiroa’s long tenure in the cigar business that he has produced a line that carries his family’s name. This past summer, shortly before IPCPR 2014, an addition to the line, called the EIROA CBT Maduro, was announced.

While the original EIROA blend was a Honduran puro, the CBT Maduro appears to ditch that approach, although the origin of the wrapper isn't disclosed. 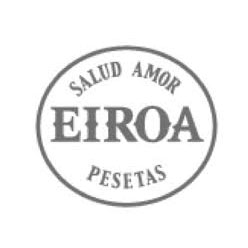 “CBT” stands for Capa, Binda, Tripa. The cigar is, as Christian Eiroa puts it “a maduro in the true sense of the word”. The EIROA CBT Maduro's wrapper, binder, and filler leaves are all maduro.

Speaking to halfwheel.com, Eiroa emphasized that he wanted to use leaves that were naturally dark, as opposed to having been made dark by their origin or how they're processed, due to how much sun and nutrients they have received. In case this needs to be explained: more nutrients = more flavor.

Due to limited quantities of tobacco, production is limited to 150,000 cigars in 2014. Production numbers for 2015 and beyond have not been disclosed, but it's probably safe to assume that they're north of the first number. The cigars are rolled at Aladino Cigar Factory in Danli, Honduras. 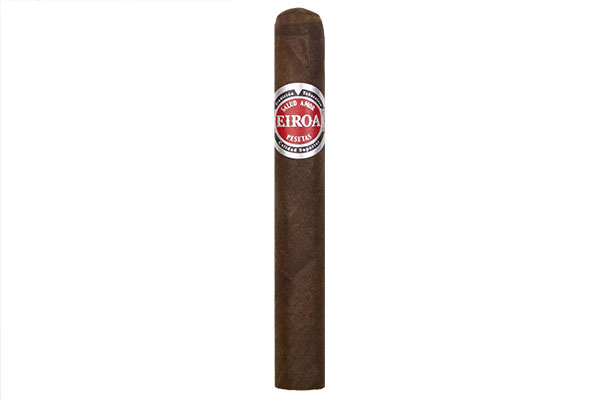 The word 'bold' springs to mind almost immediately when you take even a glance at the Eiroa CBT Maduro. It’s dark, toothy and oozing oil from every pore. There are more than a few veins running along the wrapper, but the vast majority are fairly minuscule. The roll lines are easily spotted, but they sit flush to the rest of the cigar, giving the CBT Maduro a fairly smooth appearance overall. Despite being smooth in appearance, one wouldn't refer to this cigar as pretty by any means. It's a brute for lack of a better word. 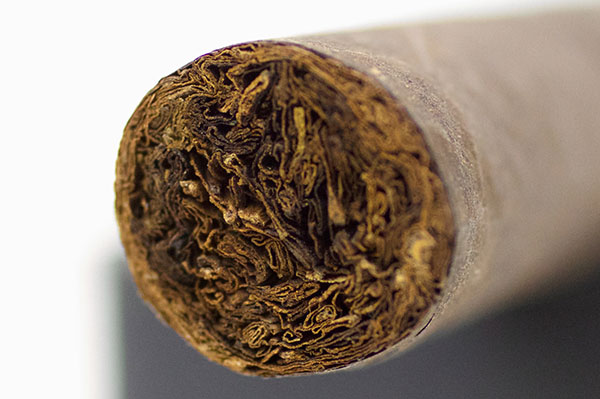 Sniffing the foot shows off more or less exactly what you’d expect from Christian Eiroa and his famous Honduran tobacco. The brunt of the aroma is preserved meat, articulated by hickory, barbecue, earth and charred woods. It’s not terribly far from the types of ambient smells you’d pick up sitting around a fire whilst barbecuing. 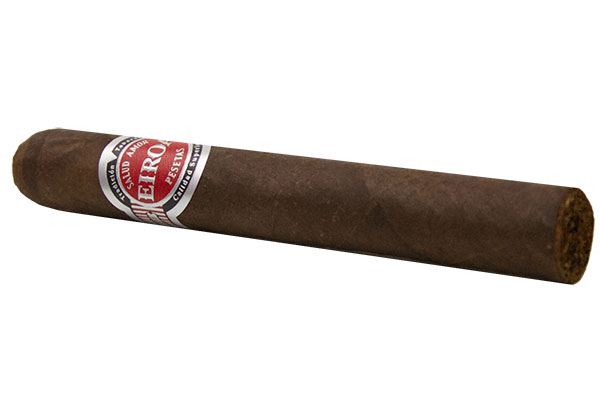 The first few puffs deliver what are easily some of the most heavy and potent hits of flavor I can recall tasting in recent memory. While some blends can feel like you have to do a bit of mental analysis to pick-up their characteristics, the Eiroa CBT Maduro takes exactly the opposite approach: it makes its notes blatantly apparent – and with a sense of aggression at that. Similar to the pre-light aroma, the foundation of the profile is built on heavy notes of earth, leather, and spice. A few more puffs reveals dark coffee grounds and rich cocoa, both with a gritty texture. The word 'meaty' comes to mind, both as flavor in and of itself, as well as a sensation in the sense that the CBT Maduro has a salivating effect on the palate. This stick is certainly off to a lively start - full-bodied, full-strength, and full-flavored. 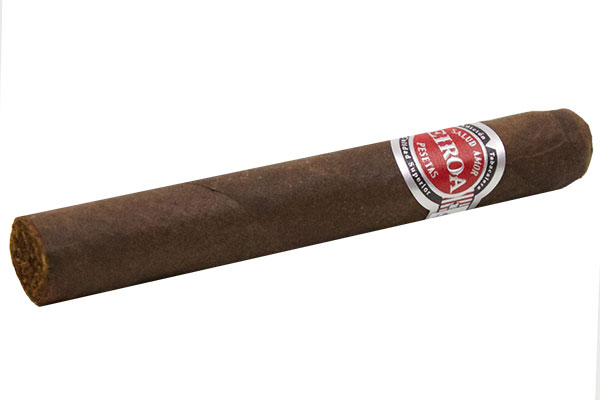 Somewhere in the transition between thirds a sweet undertone begins to develop. It’s not quite chocolate and it’s not quite citrus, but it seems to contain elements of both. The closest descriptor is likely some sort of muted plum, but even that doesn’t seem to really hit it on the dot. As the Eiroa CBT Maduro evolves, the presence of spice greatly diminishes orally, but still carries a fair amount of fury through the nose. Now firmly into the second third, a sort of floral characteristic imparts itself across the entirety of the cigars profile, but not to an extent that it really distorts anything. Aside from that, a general smokiness has become a central flavor, and a citrus note similar to orange rinds runs through the finish. Things are a bit more straight forward through the nose - a heavy hit of floral citrus and leather power through the nostrils followed by a creamy spice in the back of the sinuses.

The flavor progression continues well into the final third. A heavy meatiness sits center stage in the profile, alongside of a smoky flavor that largely dominates the profile. There are, of course, a few of the notes you'd expect in the mix – namely dull coffee grounds, leather, earth and soil notes, and a subtle muted sweetness in the finish. They're a bit diminished compared to earlier on, but they're definitely still in play. Oddly, there is very little in the way of spice in the CBT Maduro's final third, at least orally. There is still a bit of zest through the nose, as well citrus, cedar, and a ton of leather. 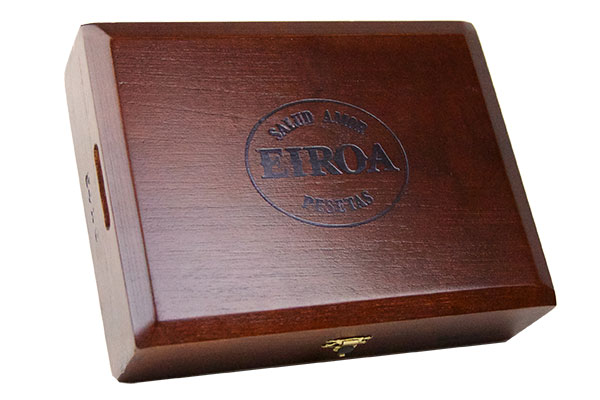 Speaking generally, a cigar's burn and draw isn't terribly high-up in my list of concerns. A cigar's flavor is what holds my interest – so long as a cigar isn't plugged and doesn't require constant attention to keep the burn line even, I can over look moderate issues on otherwise great tasting cigars.

With that in mind, I must commend the rollers at Aladino Cigar Factory. The physical aspect in and of itself wound up being a noteworthy characteristic for me. I can't articulate quite why, but there is legitimately something physically enjoyable about smoking this cigar. The draw is silky smooth, providing exactly the right amount of resistance. Each puff is met with a thick mouthful of smoke. Couple that with a burn line that stays nearly dead-even from start to finish and you wind up with a smoking experience that I personally find to be quite gratifying.

I don't think it's too far of a stretch to say that you can view the EIROA CBT Maduro as the spiritual successor to the Camacho Triple Maduro. The concept is the same, and the execution is quite similar as well. The emphasis with CBT Maduro is more on the side of refinement rather than raw strength. That's not to say this isn't a strong cigar – it most certainly is – but in contrast to the older Triple Maduro it's far less aggressive outright.

In regards to blending, I think it's important to consider that you can throw absolutely phenomenal tobacco into a cigar but that doesn't necessarily mean you're going to end up with a phenomenal cigar, or even a particularly good cigar either. Rather, to have a great cigar you must not only have great tobacco; the components also have to work well together. The great cigars are the ones where each component works in synchronicity with every other component to bring out the best of each other. It delivers a sense of cohesion and/or completeness.

The EIROA CBT Maduro feels complete. It has a set of core flavors that evolve from start to finish and a host of different notes and undertones that seamlessly enter and exit the profile throughout the cigar. The cigar doesn't lend itself to noting changes in thirds too well, rather the cigar is continually evolving at an even and linear pace throughout its course. When a given characteristic comes to life it adds something to the profile that wasn't there before, but more importantly, when a characteristic comes to pass it doesn't feel like there is something missing. 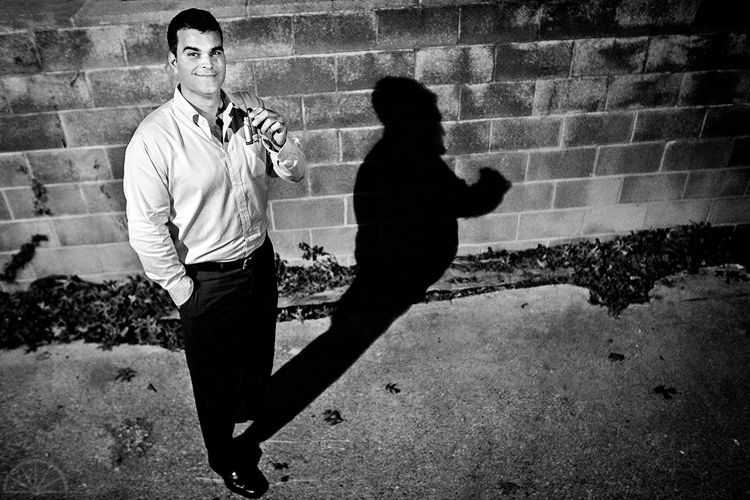 Christian Eiroa is back, and he clearly still has his head in the game. I've smoked more cigars than I can count bearing cliched lines such as “X's hotly anticipated return to the industry” and “the culmination of X years of experience in the industry.” These statements mean little to me, and the cynic in me translates the latter one of those lines to “the culmination of both a lack of inspiration and a fear of choosing a different career” or “the culmination of bills coming due and a need to produce a product.” Fortunately, and I will put my own integrity on the line in saying this, I don't think Christian Eiroa suffers from any of those issues, and I think his best work is yet to come. The dude essentially grew up around tobacco, and it just feels like there is some genuine momentum behind his work. I just don't see his blending prowess going anywhere but up at this point.