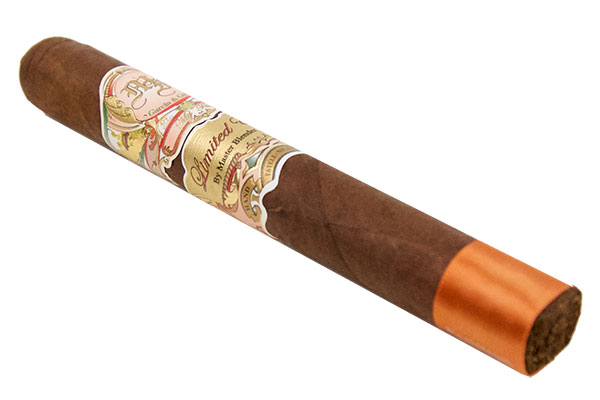 Towards the end of June, screeches of excitement echoed across the land—word broke that the My Father Limited Edition 2015 was coming, and Don Pepin Garcia fans began to swoon.

The blend consists of an Ecuadorian habano rosado wrapper, which the company refers to as "rosado oscuro", over Nicaraguan fillers, and double-binder of Nicaraguan corojo 2006 and Nicaraguan habano leaves.

Consistent with previous My Father LE releases, the 2015 once again comes in a 6 1/2 x 52 toro. Each box consists of 14 cigars, with each cigar individually packaged in a coffin within. Production is said to be limited to 4,200 boxes. 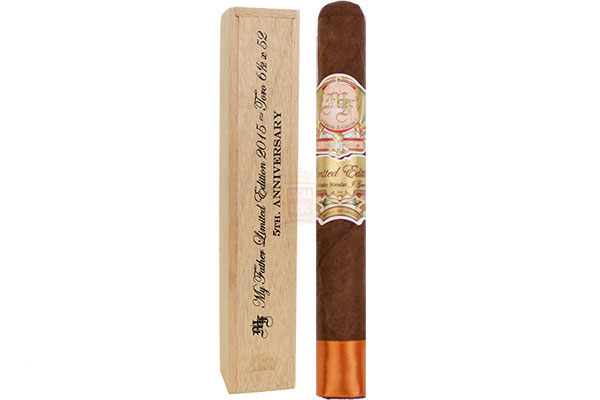 This is a good looking cigar, you might even describe it with terms like "handsome" or "dignified". With that said—My Father Limited Edition 2015 looks more less or less exactly as you'd expect it to, right down to the banding. I'll let the pictures speak for themselves, in that regard.

The wrapper is fairly clean, visually. There's little in the way of veins, and the roll-lines are nearly indistinguishable. I'd describe the cigar as looking like a My Father on its wedding day—well groomed, and well dressed.

The aroma from the foot is 'big', for lack of a better term. Habanero, earth and damp wood are the notes most immediately apparent, though cedar and a rich sweetness rooted deep within are also easily identified. When it all comes together, I want to throw some sort of meat-related adjective on it, but I can't quite pinpoint it further. 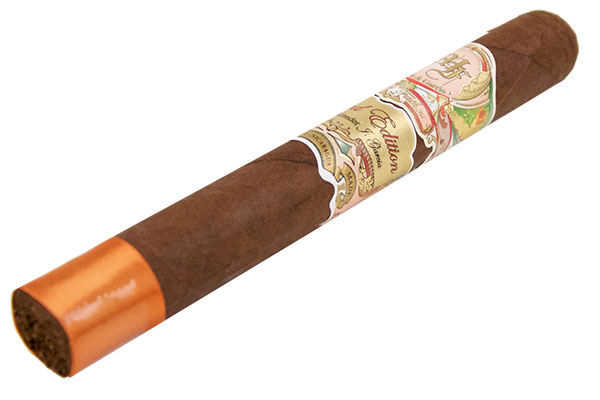 I absolutely hate using this term, both due its cliche and the connotations it brings, but there is no escaping it: this is one of the most "Cuban-esque" blends I've smoked from Pepin, sans the early days of El Rey de Los Habanos. It has that distinctive cedar-y, buttery-almost-metallic-creaminess that hits right in the center of everything, and is this case is especially prominent through the nose. It's a flavor and sensation that is both bold and dominant, yet simultaneously smooth, and I seldom find it outside of Cuban leaf.

The first ten or so puffs are surprisingly mellow, almost entirely free of spice. Things return to form quickly though, almost as if the My Father Limited Edition 2015 was just warming up previously. It's primarily the aforementioned Cuban-esque notes, with bit of pepper on the front and nuts and leather through the finish.

There are lot of great qualities thus far, but I would be remiss to not give a nod to how well-balanced this blend is. Strength, body, and flavor all sit at a comfortable medium+

Transitioning between the first and second third is a smooth enough experience that it's difficult to notice as it happens. Taking a step back, there is a clear point a and corresponding point b.

The cedar note is more pronounced, and it brings with it undertones of grit, minerals, and a floral musk that hits the tongue with a chalky texture. There's arguably a bit of acidity on the front-end as well, but it's minor and doesn't impact the My Father Limited Edition 2015, neither positively nor negatively.

Flavor stays consistent at a medium+, but strength and body seem to have ticked up slightly into the medium-full category. Altogether, the majority of changes in the second third relate to sensations on the palate, rather than changes in flavor. 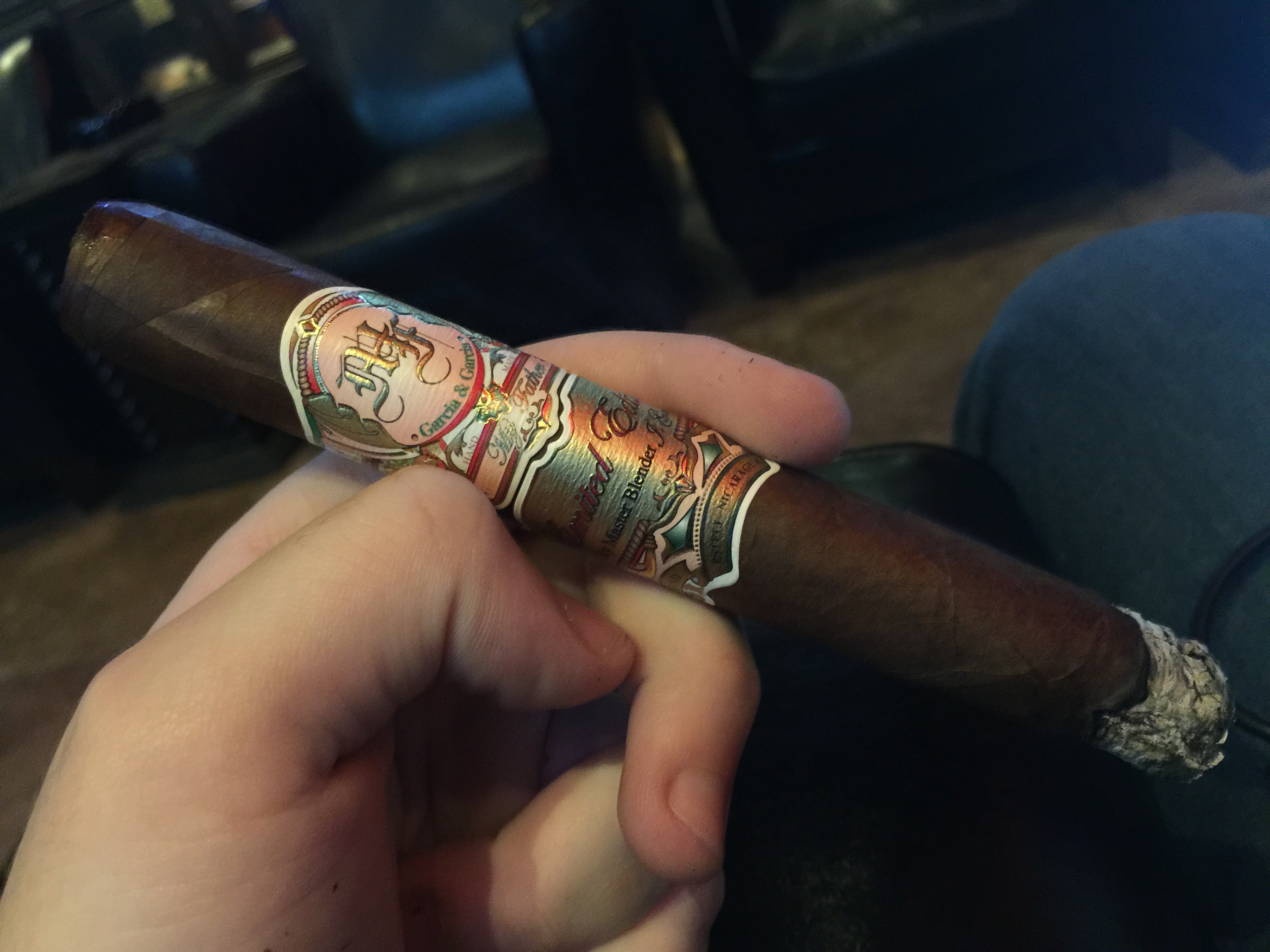 ...and now we're at full power. Strength isn't everything, and I have enjoyed this cigar tremendously through the first two thirds, but this is first time I'd say that I genuinely feel this cigar is packing a pair.

The profile is rife with bold notes of creamy cedar, floral musk, and a general grittiness. Underneath, there's a substantial bit of damp oak, smoked meats, a pinch of sweet earth.

The pacing might be slightly odd, but that isn't a complaint. There's a certain energy to the final third that's hard not to enjoy. It's as if the cigar spent its first two thirds putting everything in place, and now has put the pedal to the floor. It comes at the expense of being slightly more rough around the edges, but the raw passion more than makes up for it. 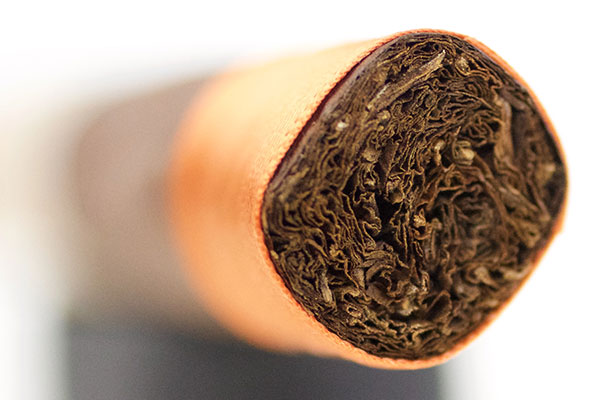 Under-filled is not a term to describe the My Father Limited Edition 2015. Far from it, in fact—it's packed to the brim. The resulting draw is smooth, linear and yields a solid mouthful of smoke, though it does require slightly more effort than I'd like.

The construction is more or less spotless, at least on the two examples for this review. It's probably the best I can recall from that factory. 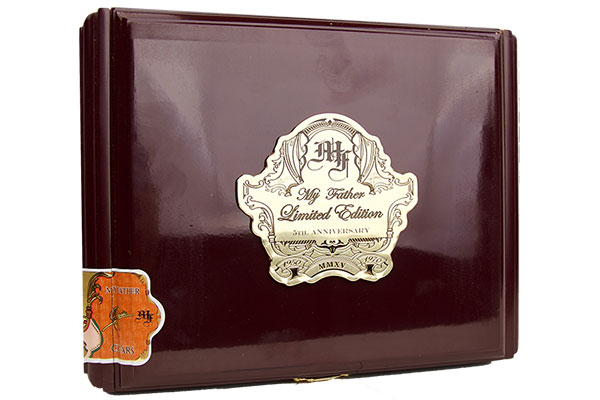 The orange ribbon on the foot is a nice aesthetic touch, but I find it to be profoundly annoying to remove, more so than other examples. Maybe it's the softness of the material, but the tape never wants to come off, and trying to wiggle the whole thing off almost always results in chipping the foot.

It has been a while since I smoked any of the other LEs, but I'm comfortable in saying that this cigar more than lives up to the name.

The smoking time on each example was longer than expected, roughly two hours and 15 minutes each. This must be what they mean by "no rush" in all those Backpage ads.

The "Pepin is God" mentality that seems to be so prevalent has left me with a grumpy "get off my lawn" old-man attitude, but I have to give credit where it's due. Pepin is a fantastic blender, and cigars like the My Father Limited Edition 2015 serve as reminder of why Pepin receives—and deserves—the praise he gets.

This isn't a cigar to smoke casually, rather you should set aside the time to be enveloped by everything the My Father Limited Edition 2015 has to offer.

It doesn't re-invent the wheel, but it doesn't need to, nor do I think it should have tried. What it does is create a variation on everything that makes Don Pepin Garcia's work great, and it does that extraordinarily well.

Lastly, allow me to address the inevitable: yes, this cigar is worth $23 dollars. Yes.

There might be a more tactful or elegant way of saying that, but I'm confident that cigar speaks for itself.

These are fairly limited, and the craze has them going quick. We do have some available, which can be found here.