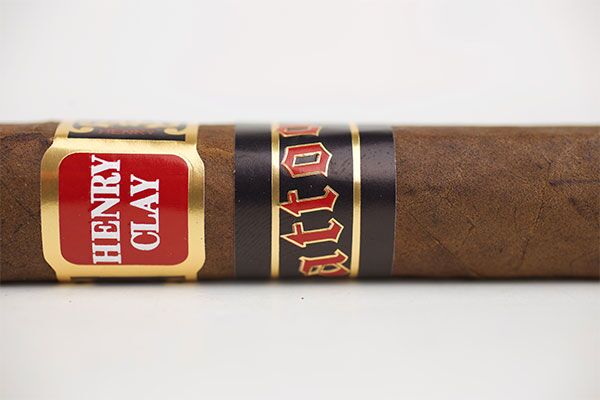 Henry Clay is a historic brand—named after the prolific US senator in roughly the same time period—that was started in Cuba in the 1840s. The Cuban-produced brand fared well in the market, but after a strike at the factory in Cuba, production was moved out of the country—though the cigars still used Cuban tobacco up until around the time of the Cuban embargo.

Exact details, as far as dates and order of events, are a bit difficult to find. But, at some point Altadis USA acquired the rights to Henry Clay, and began producing the Connecticut broadleaf-wrapped Henry Clay blend that we know today, in the Dominican Republic.

Pete Johnson has noted his appreciation for the heritage of the Henry Clay brand, and has said it remains his favorite Altadis blend. For the new cigar, Johnson developed the blend at Tabacalera de García, a factory belonging to Altadis in the Dominican Republic.

Henry Clay Tattoo uses a Connecticut broadleaf wrapper from a 2010 crop, and a Dominican piloto binder from 2010. Fillers are comprised of Dominican Olor and Piloto from 2012, as well as criollo grown on the island of Ometepe, Nicaragua. 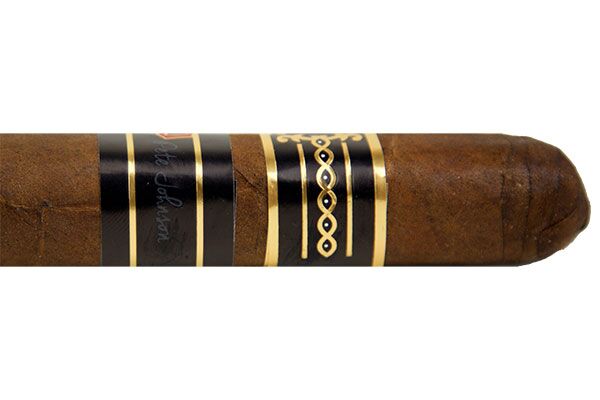 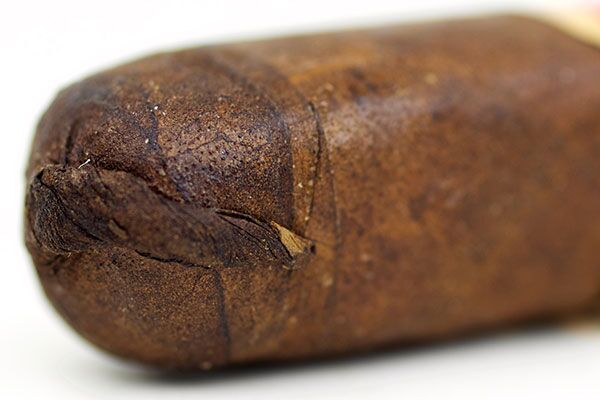 This is a bit of an odd specimen to describe. On the one hand, the wrapper isn't terribly pretty, but it's hard to point to which aspects are particularly unsightly. Well, except for one—the pigtail cap, which could be described as abhorrent to even the blind. I have a double-bladed solution for that though.

Aside from that, the wrapper is smooth and oily, though it has a toothy texture on your fingertips. It's box-pressed, though to an odd degree—the press is a bit too much to really call it a soft-press, but it's nowhere near the extent of what you see on cigars like, say–Illusione Ultra.

The aroma off the foot is fairly potent, but the flavors/notes themselves aren't what I'd call bold. The descriptor that blankets everything is earthy—damp wood, raisins, and a scent similar, but slightly less sweet, to Nestle's chocolate milk mix, Nesquik.

Henry Clay Tattoo starts well-composed from the first few puffs—you don't get the sense that it's still trying to settle into itself. There's a buttery, somewhat musky toast flavor with a chalky texture that dominates the core of the profile.

Sea salt, leather and a general woodiness round out the bottom of the profile, and they hit in way that I'd describe as meaty. A bit further in, it's apparent that there is a fairly subtle black pepper that seems to be underlying everything else, though it blends in covertly enough that it's easy to miss, at least initially.

Through the nose, the profile is much the same, though the emphasis on dominating flavors nearly reverses. The smoke sits in the sinuses with a real hearty presence, showing Henry Clay Tattoo's meaty leather flavors. While the aforementioned black pepper is subtle on the palate initially, it's the opposite through the nose.

Intensity increases across the board, and there's a tangible sensation of everything having concentrated, for lack of a better term. Most noticeable is that black pepper is now very much a prominent factor, and the leather and meaty flavors leave a mark on the palate lasting far longer than what would typically be considered "finish".

Interestingly, as you cross the halfway point of the second third, the development just mentioned swiftly backs off. Body, strength and flavor are still elevated from where they were earlier on, but there isn't quite the same raw intensity as just moments ago. 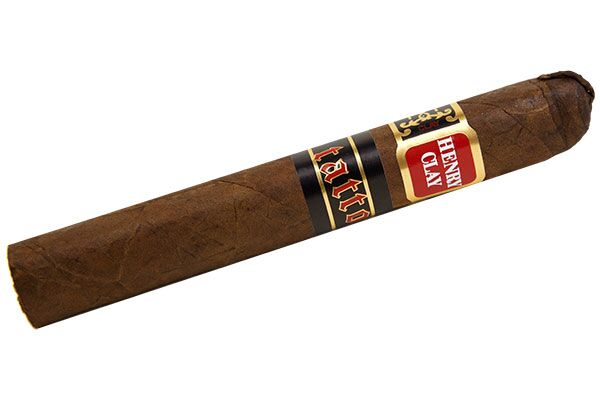 As the Henry Clay Tattoo enters its final third, it seems content to ride the afterglow of earlier highlights in the profile. I'll qualify that by saying that isn't meant as a knock. The cigar is rich, full-flavored and is riding out an array of flavors that are not only enjoyable, but work well together.

It's not introducing any radical changes in the final third, which in an age of short-attention spans could be seen as a negative, but I'd have to disagree with that notion. Descent into a rabbit hole of infinite complexity and endless evolution can be fun, but a cigar doesn't always need to keep the pedal to the floor until it runs out of road.

I really have to give a nod to Tabacalera de Garcia for the construction on this cigar, though the cigar for this review is a singular example, so I can't speak for how well this holds true in the grand scheme.

In this instance though, everything about the roll was top notch. The draw is close to ideal, by my preferences anyway—it strikes the balance between tight yet smooth well, each puff yielding a hearty mouthful of smoke, and it does all this with virtually zero deviation from start to finish.

It's not pretty a cigar, but it is certainly functional. 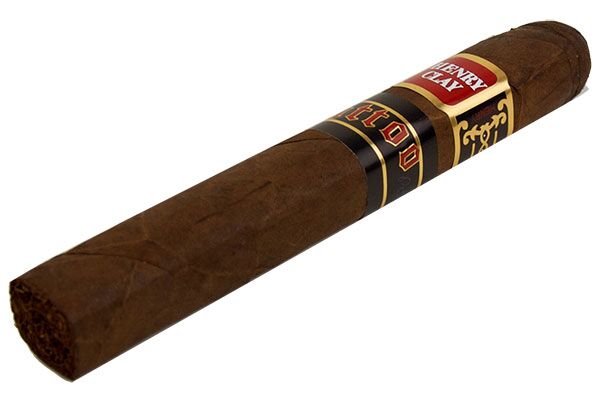 Reviewing Henry Clay Tattoo—and cigars like it—is always a bit of trip, mainly in trying to figure out what mental framework you should judge the experience by. Taste is just so inherently subjective, and trying to translate the experience of a cigar into a review of any form is a different animal altogether.

Even at its most basic level, a review feels almost paradoxical—like you're trying to objectify subjectivity. And that's before you even take into account any bias or preconceived notions about branding, tobacco origins, etc.

With Henry Clay Tattoo, those little mental dilemmas come together in trying to both acknowledge your dispositions towards Pete Johnson, Altadis USA and the original Henry Clay, while also judging the cigar independent of those feelings. Proponents of blind reviewing make a good point, but I really think taking both sides of the equation into account is preferable, and offers a bit more of a comprehensive look. 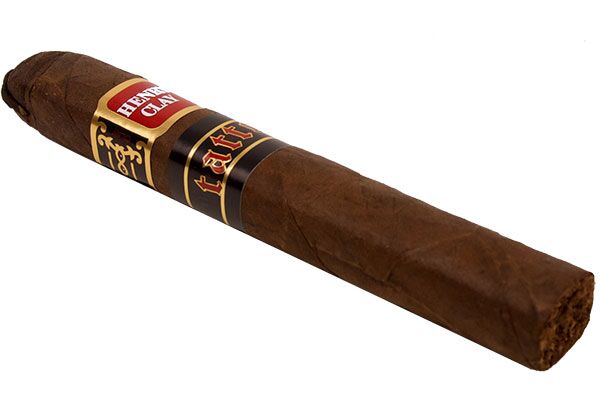 So then—how was Henry Clay Tattoo? I must admit upfront, I have never smoked the original Henry Clay, and they didn't appear easy to track down locally. Internet was an option, but time constraints ultimately outweighed it.

On its own, it is a really good cigar. There's a lot of flavor on tap, and it does a good job of keeping the entirety of your palate engaged. The flavors themselves are fairly rough around the edges, in that sort masculine-outdoors-man way, if that makes sense, but they work well. The balance is maintained throughout the cigar, albeit not quite in the traditional sense of the word—nothing truly overpowers anything else in the profile, but some characteristics definitely have moments bordering on what could be described as a bit rowdy. It's enjoyable though, and the fluctuations stay loosely within a spectrum, so I never felt the train had derailed.

As for trying to view it in the context of a Pete Johnson's take on a classic blend, with Altadis' tobacco that is primarily Dominican—it doesn't really taste like anything Tatuaje or L'Atelier, but it does taste like Pete.

If you compare the flavors found in Henry Clay Tattoo against what you find in most of the Tatuaje portfolio, there isn't a lot of similarity. Pete Johnson's blending profile—in terms of how the cigar presents itself on the palate, as well how it finishes—does seem to translate into Henry Clay Tattoo. It could be confirmation bias, but even if it is—does that detract from the experience subjectively? I don't necessarily think so.

Henry Clay Tattoo does not have an exact ship date as of this writing, 8/11/15, but it is expected very soon. We are taking pre-orders on boxes and 5 packs, which can be purchased here.